If You’re Not Doing Social, You’re Missing Out! 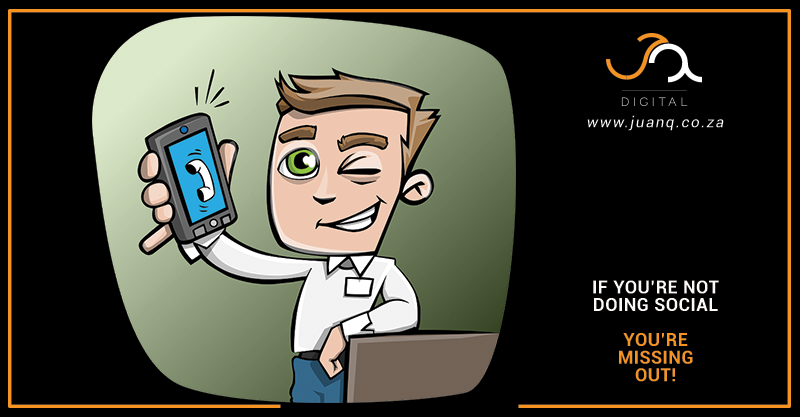 Have you considered the benefits that a social media agency can bring to your brand? As a business owner you’ll be faced with lots of essential tasks on a daily basis, but if you don’t think that social media is one of them then you’re really missing out.

You only have to walk down the street to see how social media is taking over the world, but you may not have realised how effective it can be as a marketing strategy as well. Forget costly, and increasingly unproductive, traditional forms of marketing and embrace the social media revolution.

Advertising that keeps on giving

Advertising and marketing are essentials if you want your business to grow, but some forms of advertising have a very short shelf life. Flyers and leaflets often head straight into the waste bin before they’re even read, and radio or television adverts are switched off within seconds.

How do you reach your potential customers? The answer is in your hand or pocket. People today are never far from their smart phone, tablet, or PC, and your social media agency can help you make the most of this media. In your face advertising can be counter-productive, but a well-planned and executed social media campaign can bring benefits that last. That’s because your followers on social media won’t just like your posts, they’ll share them with friends as well, giving you a huge social media reach.

Get seen by the people who count

Too many businesses set up and update their own social media profiles, but do so on a sporadic basis. This can bring negative results, as it gives the impression that you’re a business living in the past. By using a social media agency you’ll have a presence on all the major platforms, and the number of people using them is growing all the time.

A recent study showed that the average South African used social media for 3.2 hours per week, a figure that is growing every year and is already significantly ahead of the figures for countries such as the United States and United Kingdom. Those using social media the most were relatively young and affluent, the perfect customers for your business.

A social media agency that understands you

Our social media agency takes pride in not only delivering exceptional results, but getting to know our customers. In this way we provide tailor made social media campaigns that lead to real brand growth. Your social media profiles and posts will look professional, and target the people who are likely to buy what you have to offer. Isn’t it time that you did social too? Find out more at JQ Digital.