It’s All About Timing Your Updates in Social Media 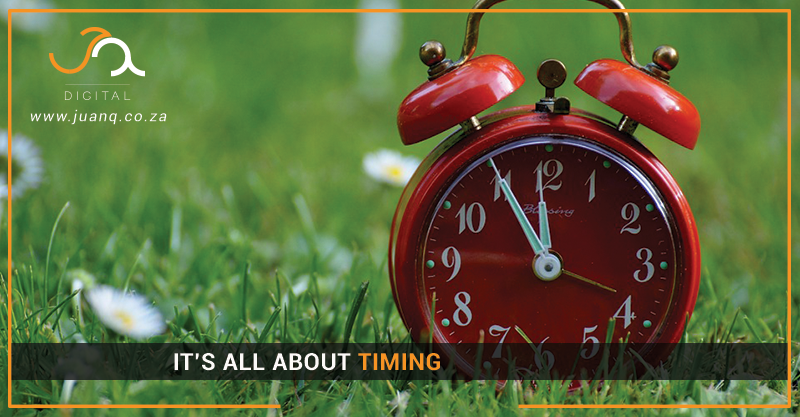 If you were to ask ten different social media agencies about the best time to post updates to social media, you’re likely to get different responses. While there are a lot of marketing companies who claim to have cracked the timing puzzle, social media posts are extremely dependent on your line of business as well as your target audience.

The more you understand your audience’s behaviour the better chance you have of posting something that they’re likely to see. Here are some insights brought to light by research conducted by SurePayroll and Ghergich & Co. to help you get started on the road of creating more effective posts.

Find your Own Strategy with your Social Media Agency

While the SurePayroll and Ghergich & Co report focuses on a variety of industries, your business needs to find its own place and time on the social media market. These timings are mere guidelines to start your program and with the help of your social media agency, you can track the activity and engagement levels around your posts and tweak your plan.