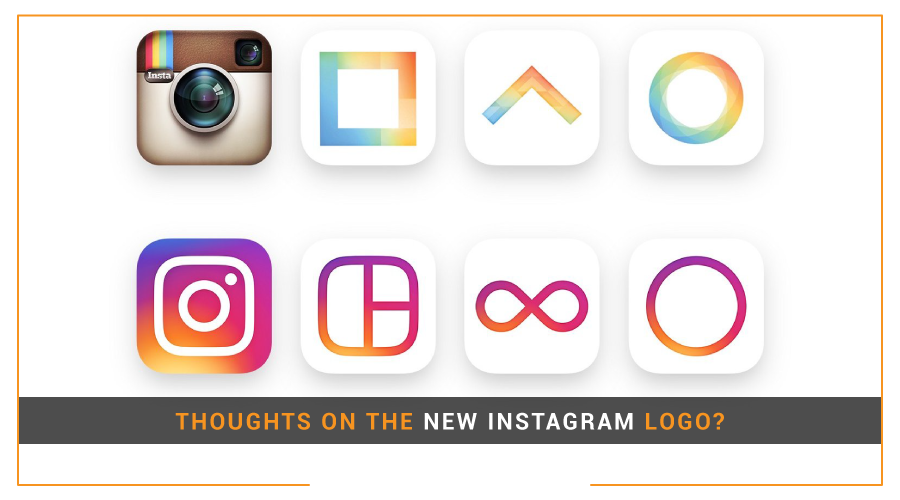 Design expert Steven Heller doesn’t have many strong feelings about it.

“Like anything that has been familiar, it’s hard to get used to a new mark,” Heller, an author and former art director at the New York Times, tells Tech Insider. “But this seems to be as minimal as you can get, and to most eyes the refinement is insignificant.”

He says the new icon is “not a big deal.”

Instagram’s CEO Kevin Systrom announced the new look for the app’s main logo, affiliated services, including Boomerang and Hyperlapse, and the interface itself on Wednesday, May 11.

InstagramInstagram’s new suite of logos, including its sister apps.

“Inspired by the previous app icon, the new one represents a simpler camera and the rainbow lives on in gradient form,” Instagram said in a blog post.

Heller doesn’t see the change from the old-school Polaroid look to the minimalist vibe as being all that revelatory.

“It’s not like when UPS went streamlined and glossy or even the shift from the colorful Apple to the silver veneer,” Heller says. Though he does leave room for doubt depending on how you define what’s new.

“If the outline is the new logo,” he says, “it’s much nicer, more modern, and totally fitting today’s minimalist style.”

Another top designer expressed an even more negative reaction.

“I am so sad and disappointed,” Debbie Millman, head of the branding department at the School of Visual Arts and author of“Brand Thinking and Other Noble Pursuits,” tells Tech Insider. “It’s lost all of its iconic status and has now been relegated to the over-gradiated soul-less heap of recent redesigns.

As tends to be the case with any logo redesign, reactions on Twitter have also been largely negative so far.

Many users have called for Instagram to bring the old icon back. Others have likened it to a washing machine or a rejected Starburst flavor.

“General consensus here I think is that we mostly like it!” says Mike Nudelman, Business Insider’s graphics editor.

“I appreciate that Instagram went beyond just flattening or slightly upgrading the original icon,” Gould says. “When I think of Instagram I think of overly-filtered photos that make me feel things — inspired, happy, hungry, FOMO — whatever it is, I think the gradient reflects that range of emotions.”