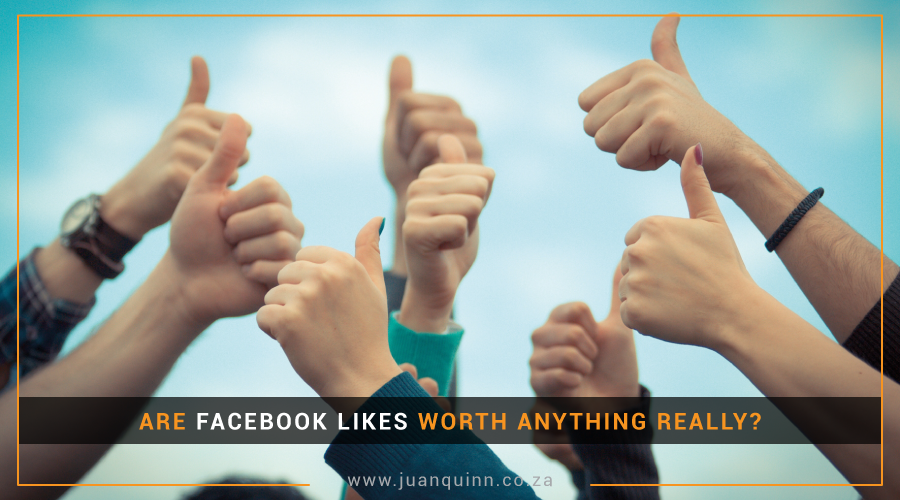 Facebook is a formidable force in the social media marketing world. Commanding nearly 1.5 billion active users, this social networking giant is considered one of the biggest online platforms on which to advertise. Successful business owners and entrepreneurs focus considerable effort on promoting their products or services on the network.

They chase likes and shares fervently. But are Facebook likes worth anything? Let’s first consider how this liking system works.

If a user shares your content, all their connections would see that they’ve done so. That might stir curiosity and they might watch the content. They might go on to sharing it and their connections might see the content, so on and so forth. The interest never truly fades away because every new user that encounters your content is seeing it for the first time. Many people find that their content spends several years in circulation, still getting likes and shares.

Different researchers have different opinions on the value of likes in social media marketing. Some, like the Forrester research group, think the value is $0. They believe that the value can’t really be translated into money because they’re more like potential energy. Likes don’t always lead to conversions. In fact, more often than not, they simply fail to get the user’s attention.

On the flipside, organisations like Blackbaud, Common Knowledge and NTEN believe that a single like can be worth $214.81, which is around R 2681. They calculated the value of likes by studying non-profits trying to attract donations. The calculation was based on the total revenue they received from a single supporter over the course of a year.

The monetary value of Facebook likes really doesn’t matter in the long run. If you look at the way likes function, you can see its effectiveness. Your success in social media marketing depends on how compelling your content is. For more information visit www.juanq.co.za